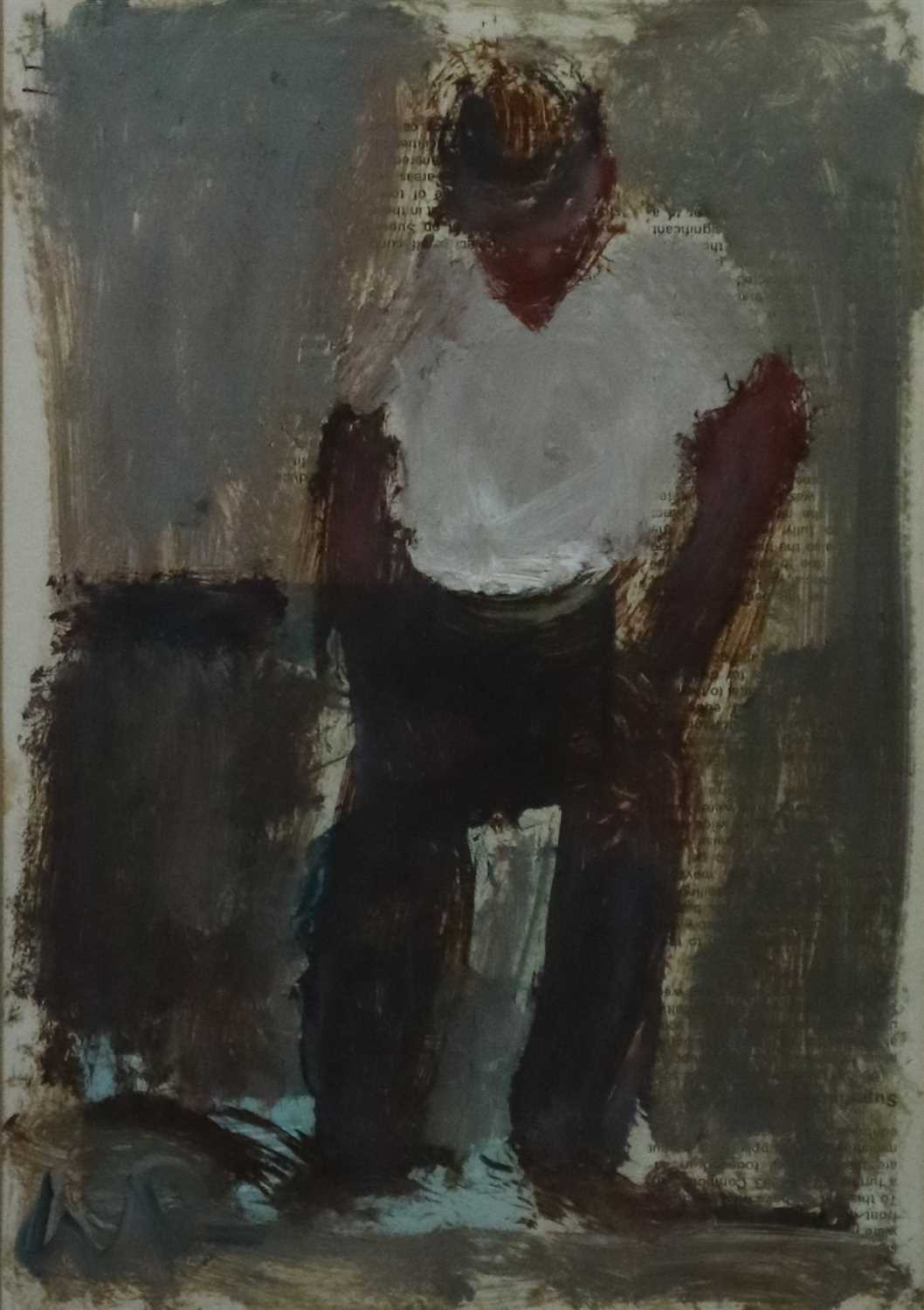 Will Roberts (1907-2000) was a Welsh Expressionist artist from Ruabon. He studied at the Swansea Art School under William Grant Murray and was influenced by Polish artist Josef Herman, who was a close friend. Roberts drew upon his roots in South Wales for inspiration, depicting the scarred Glamorgan landscape and his representations of farmers and agricultural labourers have a rawness that characterises his work. Roberts was one of the original 56 Group of Wales and in 1962 won the Byng-Stamper prize for landscape painting, judged by Sir Kenneth Clark. He has been widely acknowledged as a Modern Welsh Master.

Condition report
Yes there is print below the work which has been painted onto a piece of paper with text on the front.  The text is visible in a number of places.