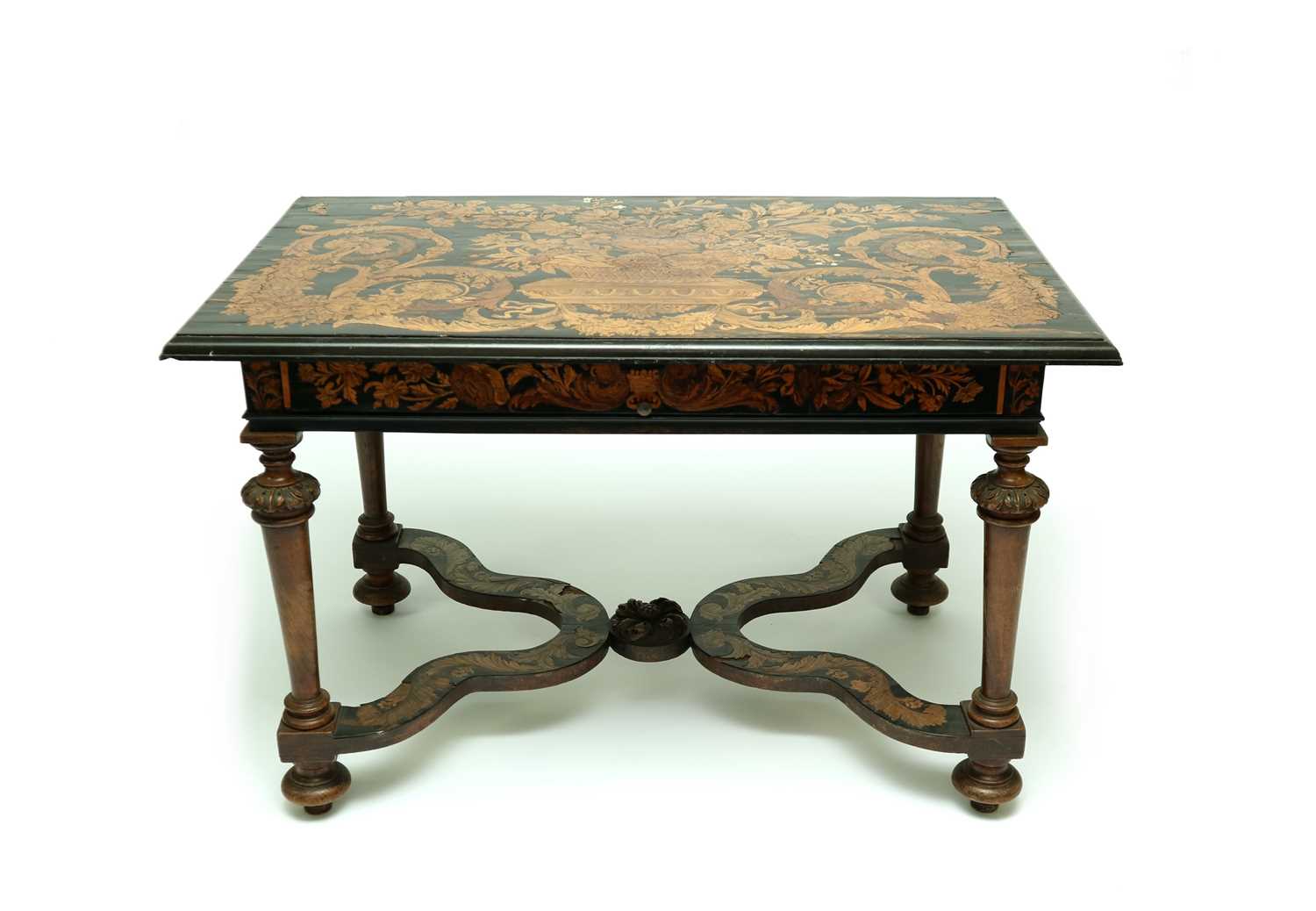 A 19th century, late 17th century style, Dutch walnut and ebonised side table
The rectangular marquetry top in the style of Jan van Mekeren, after Monnoyer, with a large basket of flowers on a bracket, flanked on each side by bold foliate scrolls with a floral garland linking each side, a bird in each corner, above a conforming frieze drawer with thick 2.5mm marquetry veneer, on tapering cylindrical legs, united by two wavy stretchers, veneered with similarly thick foliate marquetry, with a foliate carved boss in the middle, raised on toupie feet.
114.5cm wide x 72cm deep x 72cm high


Losses, including sections of marquetry, particularly the stretchers. Restorations including marquetry on top (some later scrolls, patches etc. and later sections including fillets at each end of the drawer. Chips, dents and scratches all-over.