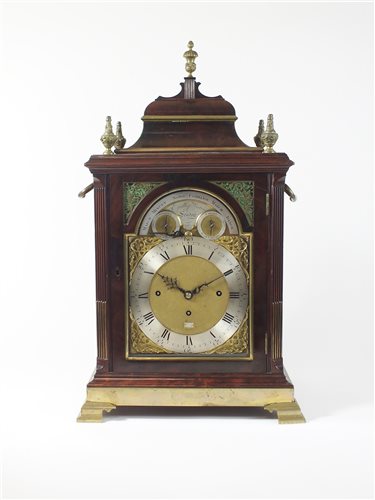 Eardley Norton, member of the Clockmakers' Company is recorded as working between 1762 and 1794 and his work is featured in the Royal Collection including an astronomical clock for George III in Buckingham Palace.


Note damage and cracks to case, movement strikes on one bell only, movement not guaranteed, general wear and tear commensurate with age and daily use. Owned by a private Shropshire gentleman