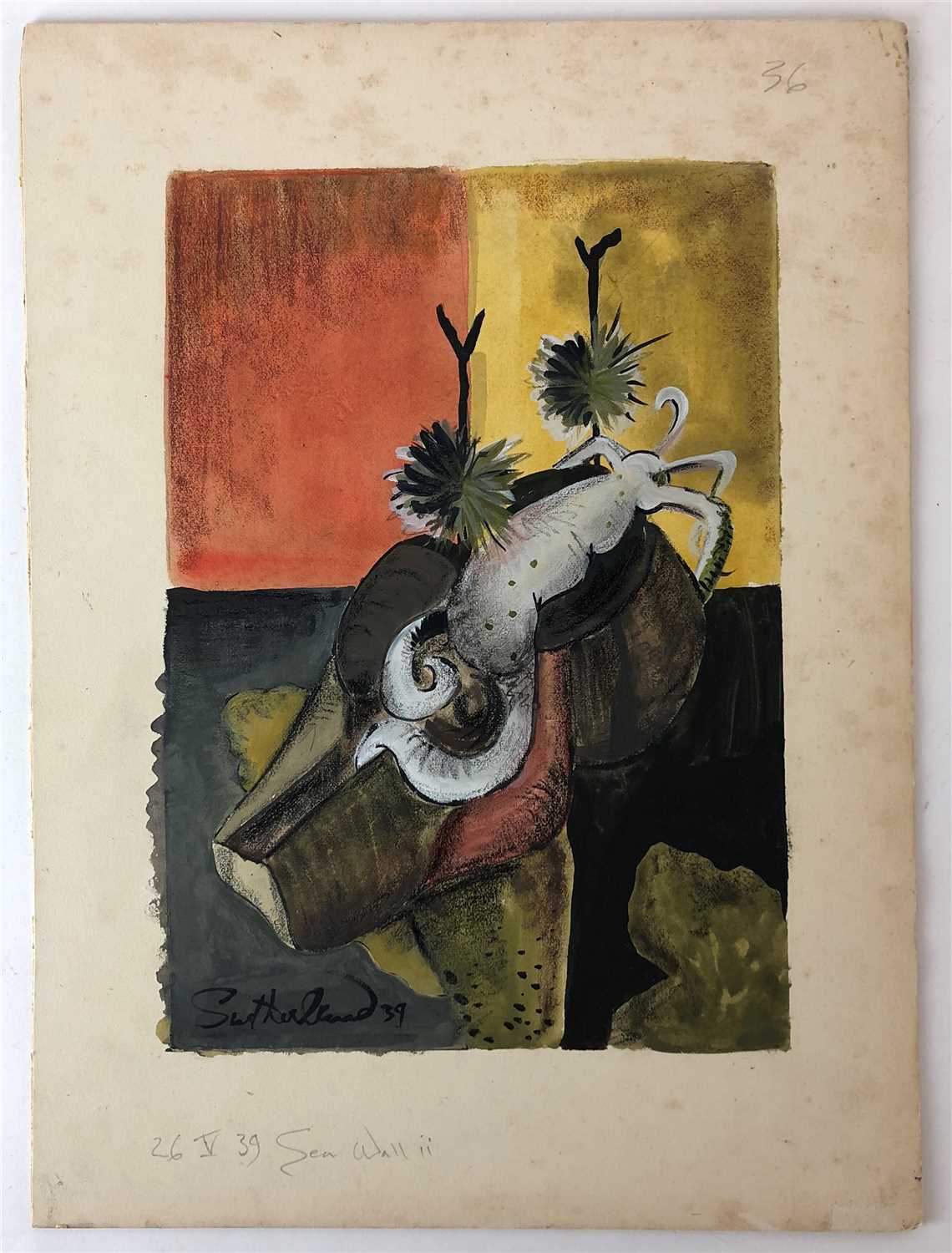 Note: This piece is likely to have been a preparatory study for Sutherland's final painting 'Gorse on a Sea Wall' 1939 which is now located in the Ulster Museum.

Graham Sutherland (1903-1980) British 20th Century, was one of the most influential British artists of the 20th Century. Born in Steatham, London, Sutherland studied at the Goldsmiths School of art, specialising in engraving and etching and then spent many years teaching at the Chelsea School of Art. Printmaking, predominantly raomantic landscapes, dominated his work during the 1920s, drawing inspiration from artists such as Samuel Palmer. He later switched to oil painting during his 30s following the collapse of the printmaking industry during the Great Depression and it was his surrealist abstract landscape compositions that secured his reputation as an international modern artist. Together with his close friend Francis Bacon, Sutherland was one of the main figureheads for surrealist painting in Britain. His landscapes covey haunted atmospheres that attempted to express the concept of brutality present within nature.

Condition report
This work is unframed.
The surface is stable and the work is on artists board.
The unpainted margins of the board are discoloured with brown marks throughout.
Some paper loss to the bottom right edge of the board well away from the painted work.
The board is uncreased and solid/stable.
Verso also has patches of brown discolouration.