Follower of Lam Qua, a pair of Chinese School portraits of a woman 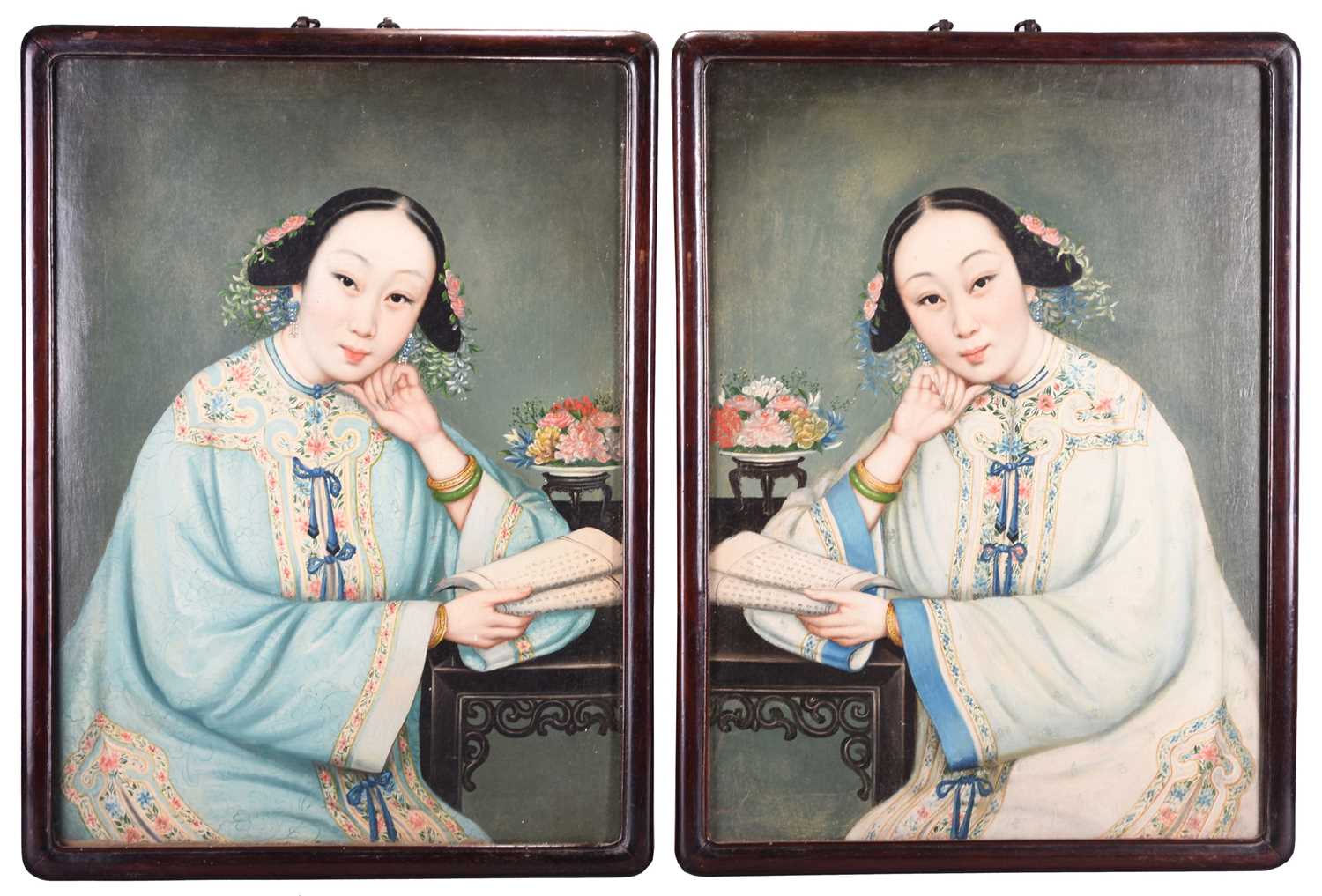 Follower of Lam Qua, a pair of Chinese School portraits of a woman

Follower of Lam Qua, a pair of Chinese School portraits of a woman, 19th century
Each of a young woman seated at a table and holding a manuscript, arranged in opposing poses and wearing traditional robes, oil on canvas, unsigned, in plain hardwood frames, 52cm x 38cm (relined and re-stretched).(2)

Footnote:
The Chinese portrait painter Lam Qua (active circa 1825-1860), was a student of George Chinnery and became renowned for the countenances of Western merchants but also the Chinese Hong merchants who traded with them. This fine pair follow the tradition of Western style portraiture and are thought to be depictions of the same woman, possibly a concubine. An inspection of the canvas reveals they have been relined and restretched, so likely contemporaneous with Lam Qua himself, and they bear a striking resemblance to a portrait of the fourth concubine of Hexing (Wo Hing), currently in the Brighton Royal Pavilion Museum, UK.


Both canvasses relined and re-stretched. Original canvas likely 19th century or earlier and not 20th century as originally catalogued. Faint cracklure overall both. Some retouching visible under UV in places on both.