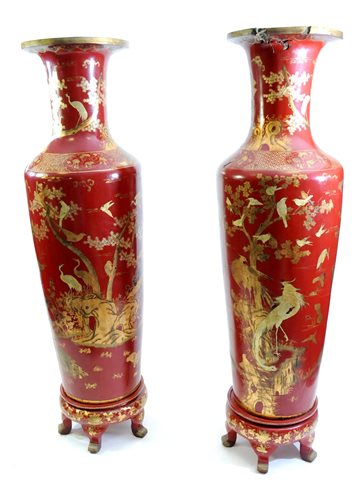 A pair of large Chinese red lacquer temple vases, first half 20th century, each decorated with a panoramic of birds in the branches of pine trees including crane, pheasant and other auspicious birds within Ruyi head upper borders and each on a separate five leg stand, one vase damaged (neck), 197cm high (2)

General wear and tear commensurate with age and daily use.

Will require restoration to neck and shoulder of Vase I