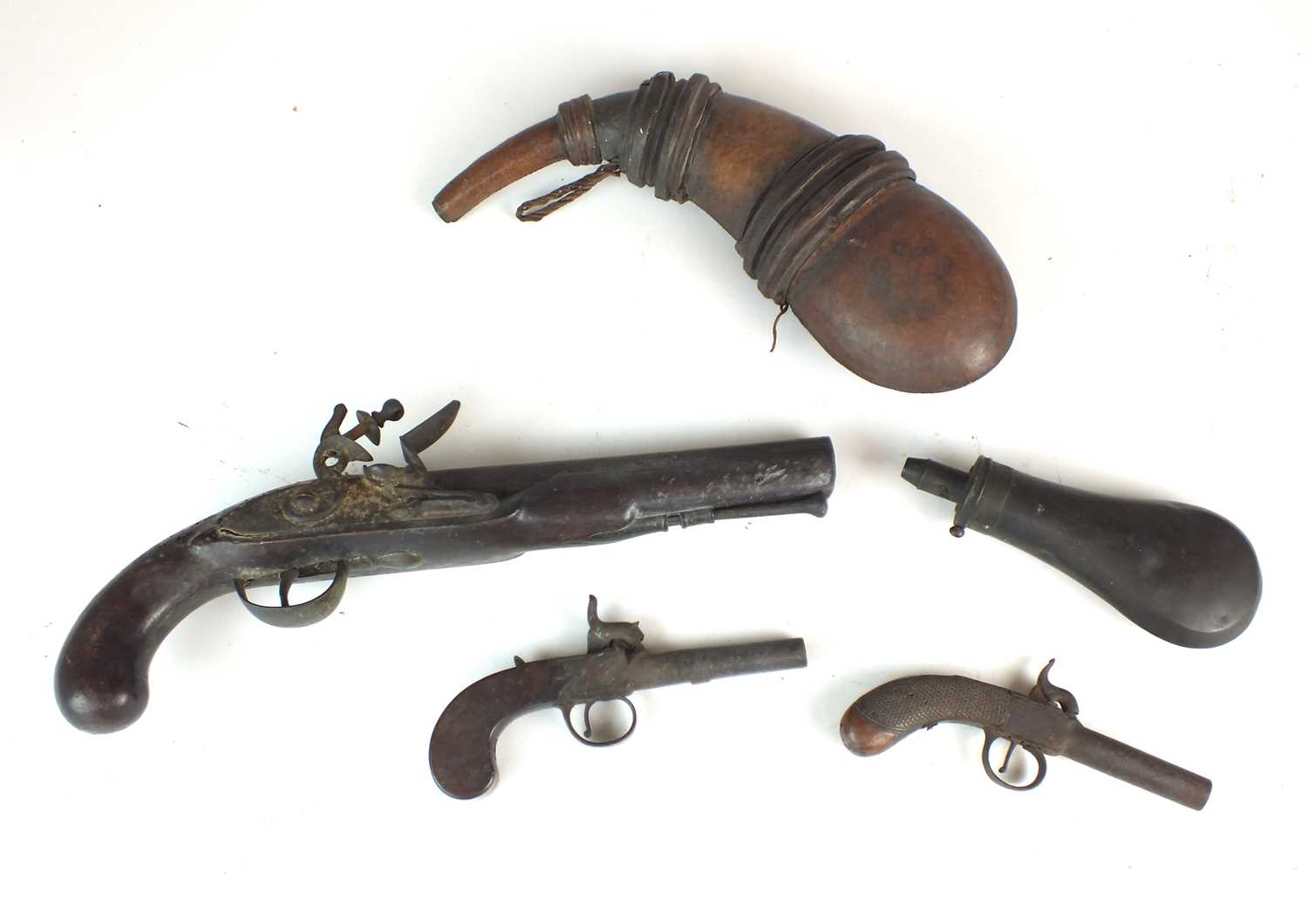 Group of assorted militaria
to include two early 19th-century percussion pocket pistols including an example by Wallis (Birmingham), 18cm long and another with a chequered grip, 17cm long; a flintlock pistol, 39cm long (heavily woodwormed); a powder flask and one further brown leather flask, faintly decorated

Condition Report
Flintlock- the action will hold at half and full cock and release with the trigger. The trigger does have quite a bit of play in it even if the action is not primed to fire, though. The lock plate is 13.4cm long.