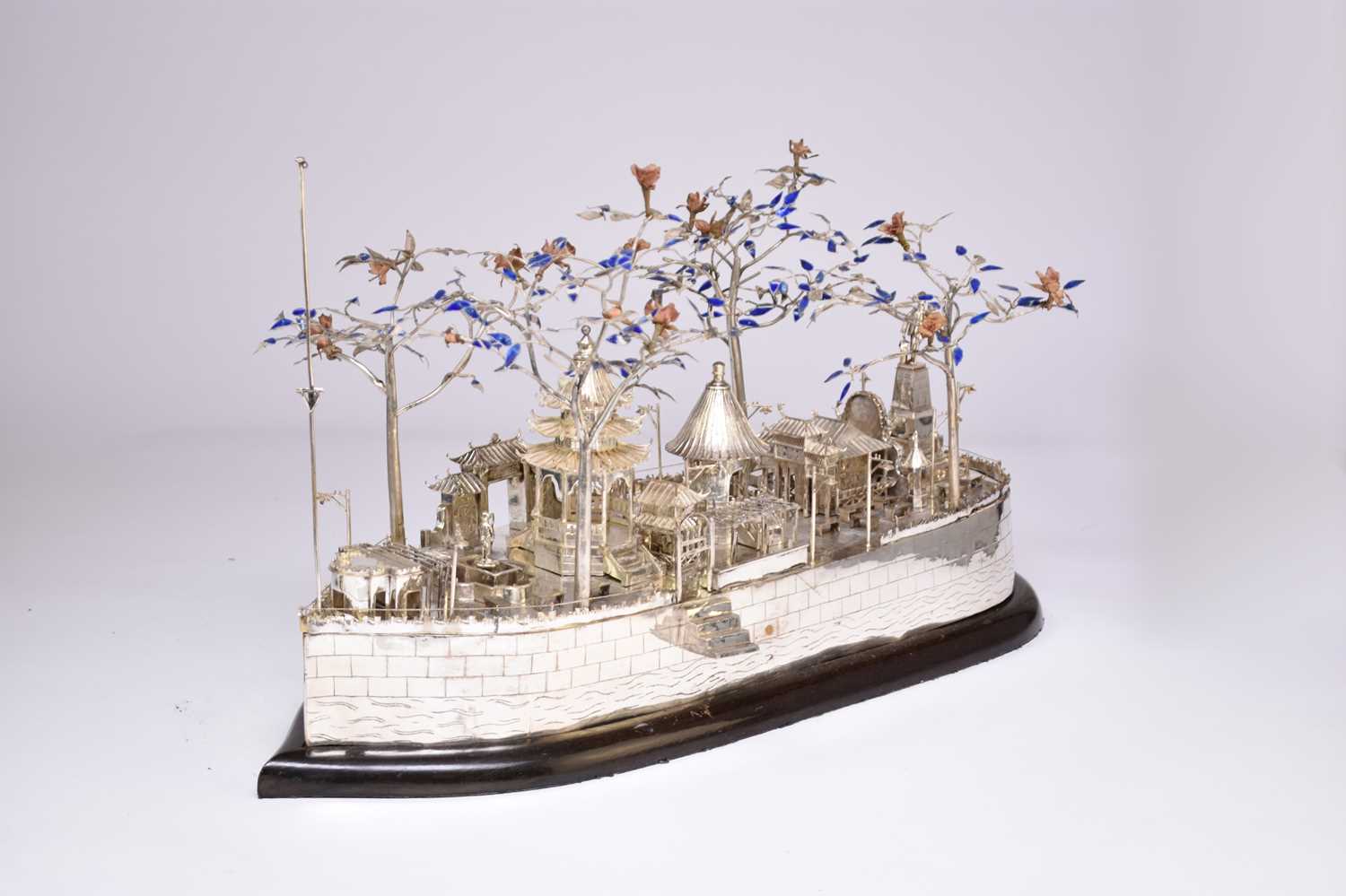 A very large and unusual Chinese enamelled silver plated and silver model of a ship
Believed 19th century, modelled as a broad vessel with flat deck, populated by trees with blue enamelled leaves and silk flowers, along with pavilions and structures such to resemble a palatial garden, an obelisk to the stern surmounted by a figure inscribed 故油軍上将程公壁光肖像, possibly translating as 'Portrait of General Cheng Gong', set into a hardwood base, 59cm long x 33cm high, metal weight 120oz (3402g).

Provenance: Purchased in Kuala Lumpur in 1970 by the vendor's late husband while working in South East Asia as a representative of Jebsen & Jessen.

Footnote: Objects of this sort are uncommon, reserved for wealthy households able to afford a folly of such size. This particular ship is featured in the March/April and May/June 1993 issues of Arts of Asia magazine. By repute, its construction records a fable, or possible history, of an emperor who disliked sea travel and so when called upon to venture to another country, had a vessel made to resemble land as closely as possible. The figure seemingly identified as 'General Cheng Gong' may refer to Chen Gong (d.199), a Han Dynasty warlord who served under Cao Cao and Lu Bu. The story of the ship resembling land may be derived from the practice of chaining ships together to mitigate seasickness in troops during campaigns, a method employed by Cao Cao in the Battle of the Red Cliffs (208-209AD), although this was several years after Chen Gong's execution.


IMPORTANT NOTE: This ship is silver plated with silver elements and not entirely silver as originally believed. Generally good having spent its life since 1970 under a purpose made plexiglass cover. Most of the enamel leaves have some enamel losses. Textile flowers are faded and hardened a little. No obvious repairs or restorations. Please refer to images.